Notes on the certificate error issues


Beginning in late September, many web users reported certificate errors when accessing divalas.vegas and other domains protected by Let's Encrypt.

This is affecting users of devices which fail to recognize the root certificate issued by the Internet Security Research Group (ISRG). It's been reported that users of various Apple devices and Blackberry devices are those mostly affected.

ISRG is reaching out to affected manufacturers and vendors, but as of this writing, the timing of fixes is unknown.

The best temporary work-around is to replace the "https://" in divalas.vegas domains to "http://" without the "s", which will force a downgrade to the less-secure baseline http protocol. Since DLV records no financial information and very little personally identifying information, this is not a major concern.

As an example, the modified URL for the main DLV web page would be: http://divalas.vegas

If there are any concerns about the validity of the divalas.vegas site, here is a display of the total "chain of authority" from the DLV site back to the root. These may be easily verified on most modern browsers or by using any of various troubleshooting tools.

If there are any additional concerns, please reach out to tech@divalas.vegas via email. 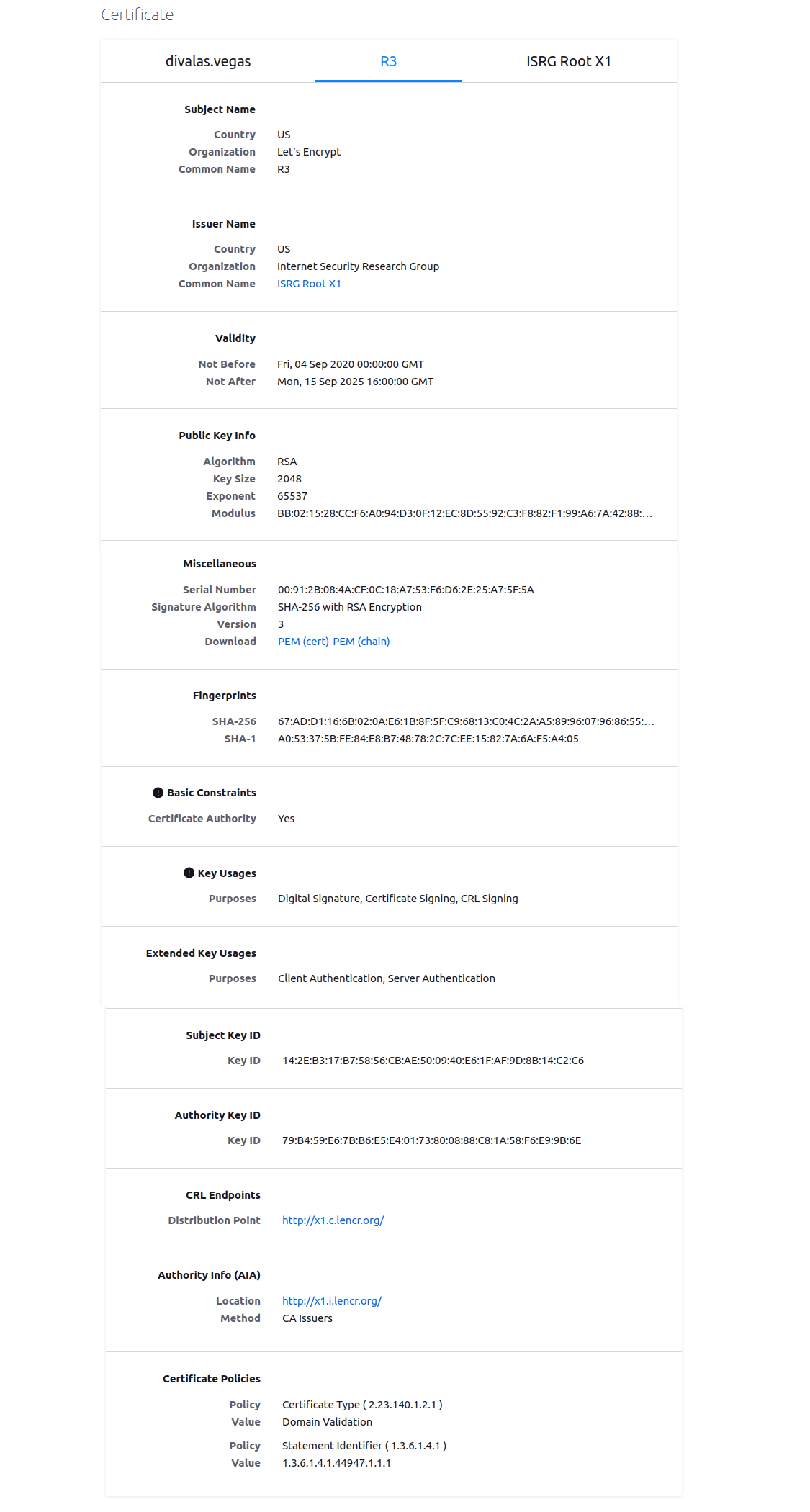 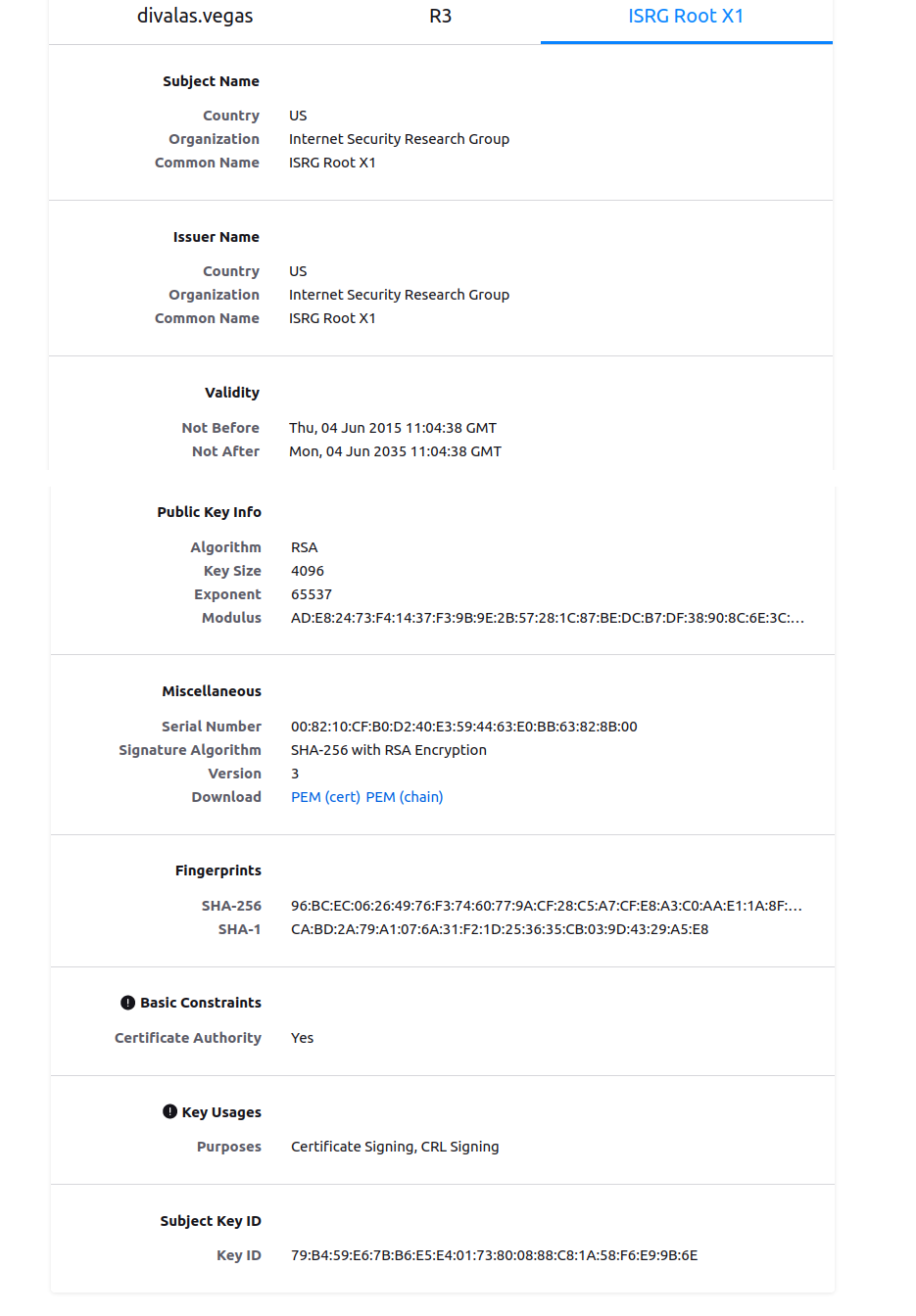